GIP-7396 speaker system is one of the highest-grade among GIP speaker system.
Once upon a time, Western Electric Inc was developed this mirrophonic auditorium systems for large movie theaters and concert halls possible of accomodate roughly 1000〜3000 audience.
And now, we reproduced this 7396 speaker system perfectly.
The component parts of speaker unit,
In the bass part, double of 18 inches woofer [GIP-4181A]
In the middle part, 4 inches diaphragm driver (2 inches diameter throat) [GIP-954A].
In the high part, 1 inches diaphragm tweeter [GIP-597A].
In the case of Western Electric Inc, they installed this enclosure upper side and bottom side with double, and mounted 4 pieces 4181A woofer.
And they mounted 15 divided multicellular horn [WE-26B] to the upper side.
(This horn was mounted 2 pieces of WE-594A.)
In those times, they were not using tweeter of 597A, so were operated this speaker system with state of 2 way 6 speaker in normally.
In addition, they attached massive baffle plate to the both side of enclosure.
Therefore, the speaker systems dimension was [width : 3.35 m] [height : 2.7 m].
It is very huge, so anybody could not put in general house.

So we were reconstructed this speaker system to smaller size that can be put in general house without lack the mirrophonic sound. 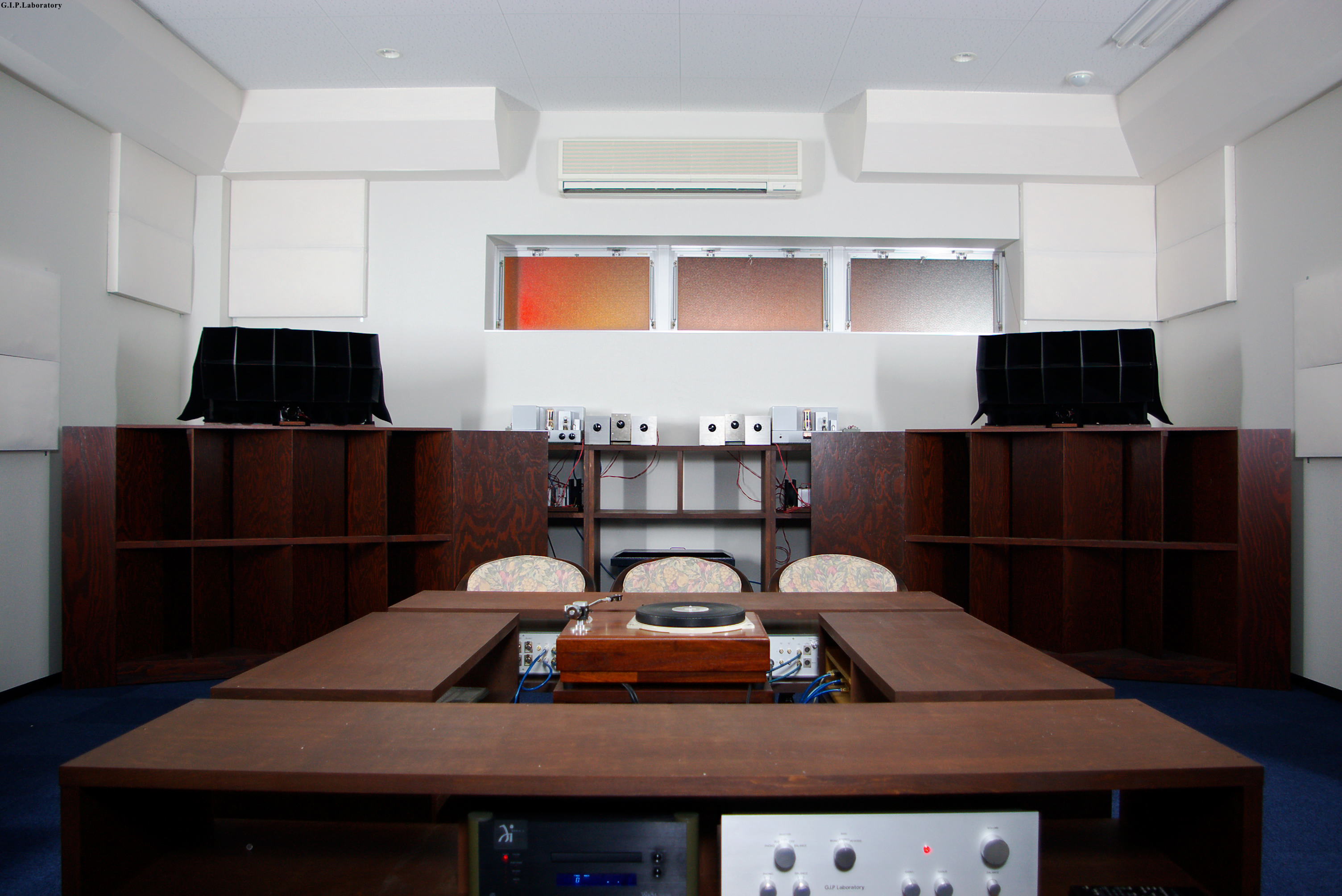